Logistics and the supply chain is a low margin operation and anything that creates efficiencies and cuts costs has to be seen as a benefit. But e-commerce is having a significant impact – as highlighted in a study, From First Mile to Last Mile, by Colliers International: “Our analysis finds that e-commerce and evolving delivery methods are the primary factors driving the shape of the logistics sector both today and in the future as e-retailing is slated to increase significantly in cities and towns across the globe.” 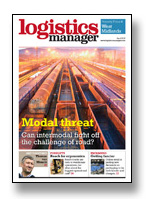 Stephen Carr of Peel Ports says: “There is no one consistent picture and warehouse occupiers are having to rethink what they want: the question is how to organise your supply chain to meet the needs of consumers through click and collect, home delivery and next day to next few hours deliveries? And still keep costs down.”

There is no one supply chain model but developers and landlords are faced with the problem of anticipating every need.

Dwight Hotchkiss, US national director of industrial for Colliers, believes: “This will result in the creation of new and innovative space at the initial ‘First Mile’ level, including mega distribution centres, and the ‘Last Mile’, where there is already a proliferation of e-fulfilment distribution centres on the edge of urban areas.”

One of those initiatives is port centric logistics the process of unloading, storing and distributing cargo from the port itself rather than transporting it to a central location and then sending the majority of it back again to the end consumer.

DP World’s London Gateway Port, a few miles from Junction 30 of the M25, is supported by a 9.25 million sq ft logistics park specifically planned to facilitate port users with the distribution of cargo to end users in London and the South East. Letting agents at London Gateway Logistics Park are Knight Frank and JLL. JLL and Colliers International are joint agents on the 316,000 sq ft speculative warehouse built as a joint venture between DP World and Prologis.

Already the logistics park has attracted Eddie Stobart, which is opening a container transport base and UPS, which is building a 400,000 sq ft hub and parcel distribution facility.

Located adjacent to the Manchester Ship Canal, Port Salford will enable direct vessel access from the new Liverpool2 terminal at the Port of Liverpool being developed by Peel Ports, dramatically improving the supply chain across the North West.

The first phase of development has a total area of 150 acres. Further plans are in preparation for Phase 2, which will bring the total site to 250 acres. On completion, the warehousing element of the Port Salford development will extend to 1.6 million sq ft.

Carr says that as Peel owns both the port and Manchester Ship Canal it has a massive amount of developable land capable of supporting more than four million sq ft of portcentric warehousing.

Indeed Peel Ports has appointed JLL and B8 Real Estate to master plan and market its 75 acre former Bridgewater paper mill site on the banks of the Manchester Ship Canal at Ellesmere Port in Liverpool which has planning for 1 million sq ft of storage space and is being marketed for portcentric purposes as a multi-modal site.

As well as stand alone warehousing both DP World and Peel Ports have developed multi-user warehousing facilities at their respective UK ports.

Carr says: “In three years it has doubled in size facilitating everything from basic overspill storage, DC bypass through to internet fulfilment.”

Richard Sullivan of Savills notes that while rail hubs and ports may have their use in the supply chain it is because they are multi-modal that makes them viable. All ports have rail connections as well as road and the best rail hubs also rely on roads.

“Having properly developed intermodal sites linked to logistics parks makes sense but if a rail served scheme doesn’t have a large infrastructure ticket attached it will fail. Operators see the benefits of rail but don’t want to pay a premium for it. A lot of occupiers out there view having a big shed rail served is about future proofing their business.”

Gareth Osborn of SEGRO agrees: “More distribution is being done by rail but as yet not at the level to be called a seismic shift – rather companies are using it and locating to rail connected warehouses as an eye on the future.”

Developers are wise to this and it is no coincidence that rail freight interchanges also happen to be close to the major road networks. DIRFT benefits from being located close the M1, M6, M69 and A14 motorways. Prologis is progressing with infrastructure works on DIRFT III which will provide 7.86 million sq ft of co-located warehousing.

Further up the M1 motorway and with Roxhill and SEGRO are progressing with the 5.8 million sq ft East Midlands Gateway. Gareth Osborn of SEGRO says: “We are starting with infrastructure works this year and expect to have development platforms ready for pre-let by the end of the year.”

The EMG is described as a location, which “would provide the facilities to enable large volumes of freight to be transferred to and from road vehicles and freight trains. In simple terms, it would operate as an inland port.”

Verdion is promoting its 6 million sq ft iPort scheme in Doncaster as an inland port. With its funding partner Healthcare of Ontario Pension Plan (HOOPP), it is speculatively developing two units at its rail connected site; one 200,000 sq ft unit and one unit of 120,000 sq ft.

To get round the problem of not going forward and speculatively developing anything larger Verdion has ensured that the Grade A warehouse space will be specified to suit multiple user requirements with expansion potential to double both units’ initial floor area.

The buildings will be constructed simultaneously and are scheduled for completion in Q1 2016. iPort can accommodate individual unit sizes from 50,000 sq ft to over 1.2 million sq ft in a variety of configurations and specified exactly to occupiers needs.