The Department for Transport (DfT) has confirmed plans to trial driverless HGV platoons in the UK. 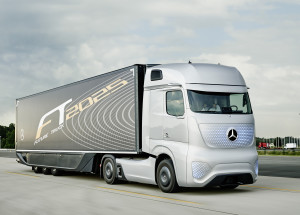 A spokesperson said: “New technology has the potential to bring major improvements to journeys and the UK is in a unique position to lead the way for the testing of connected and driverless vehicles.

“We are planning trials of HGV platoons – which enable vehicles to move in a group so they use less fuel – and will be in a position to say more in due course.”

A report last year by AXA UK and Douglas MacNeil found that almost £34billion could be saved if the UK logistics industry used driverless vehicles.

“With the continuing pressure placed on road transport with the rise of ecommerce and expanding supply chains, it is encouraging that the Government is aware of driverless technology as a potential solution to increasing fuel consumption and crippling driver shortages,” said Mike Danby, CEO Advanced Supply Chain.

“However, driverless technology is only one of a myriad of opportunities available to the Government to address the strain on the haulage industry – an example would be offering a grant scheme for driver training.

“These opportunities need to be strategically explored, compared and reviewed.”