Highways England will invest £150million on new technology which will include trials of driverless vehicles on motorways and the potential for a ‘Wi-Fi road’. 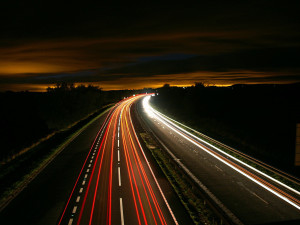 As part of its new Innovation Strategy, Highways England may introduce a ‘Wi-Fi road’ which can connect vehicles and infrastructure wirelessly – giving drivers access to advanced road closures or congestion warnings.

The government body said it would join a trial that would see information sent wirelessly to specially adapted vehicles on the A2/M2 between London and Kent.

“We’re committed to using innovation to benefit the millions of journeys made on England’s Strategic Road Network today and in the future,” said Highways England chief executive Jim O’Sullivan. “We will work with our partners in the supply chain, technology specialists and the automotive industry to trial new technologies that will help make journeys on our roads safer, more reliable and better informed.

“This will involve supporting trials of better connected and autonomous vehicles on our motorways by the end of next year, testing radar technology to better detect breakdowns, and trialling fuel price signs on the M5 between Bristol and Exeter.”

The strategy will also include trialling radar technology on motorways and in tunnels to ‘improve the way breakdowns are detected’.

This is part of the push for the testing of driverless cars outlined in the March 2016 Budget – which is set to happen by the end of 2017.