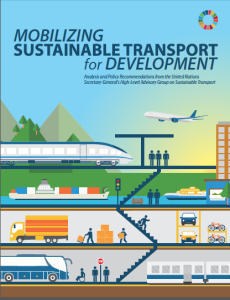 Executive vice president and head of corporate communications and responsibility at DHL, Prof Dr Christof Ehrhart, said that minimising unnecessary transport and putting together a better combination of transport were some of the key recommendations from the report – adding that balance, and a holistic approach, were identified as necessary for sustainable logistics in the report.

Ehrhart also said that businesses were feeling the impact of “ever-more congested” urban spaces, where the need for logistics is increasing. The report found that avoiding unnecessary inner-city freight movements is first priority.

Ehrhart gave the example of DHL’s Packstation service in Germany; drop off points in public places i.e. shopping centres and train stations, as a way to alleviate congestion caused by logistics. Germany has over 3,000 Packstations across its cities, with more than eight million returning customers