Brexit food shortages – as suggested by the Yellowhammer report – could be the best possible lesson for the British food supply chain on what’s to come, writes Professor Leon Terry and Richard Wilding OBE at Cranfield University – exclusively for Logistics Manager.

“The two sides of the political divide, inevitably, have made the issue look like a binary one: either there’ll be disruption at “unprecedented” levels, or effects will be very limited. We’d argue that both sides are missing the wider challenge. We shouldn’t let talk of shortages blind us to the bigger problem of what’s happened to the supply chain: we’ve created a Just-in-Time system that’s delivered all kinds of benefits in terms of choice, cost savings and reducing inventory needs – but which contains an essential vulnerability. When the course of world events remains smooth and stable it’s a smart and efficient approach. But we know that unpredictability is going to become more the norm – as a result of the impact of climate change on the growing, harvest and transport of food. Moreover, the recent spate of international trade disputes are an indication of a tightening in national positions that’s unlikely to soften.

“The question is what’s going to be the driver for the next stage of evolution towards greater resilience when it’s going to mean greater unpredictability, higher costs and lower margins? Technologies have existed to support that change for a decade and more. New forms of packaging and dynamically controlled environments have made stockpiling and storage over longer periods possible for more products. Active materials can be inserted into packaging to alter respiratory gases that delay ripening. Sensors can provide early detection of defects and diseases thereby preventing spoilage of whole batches. Another project at Cranfield that’s just coming to an end is around new ‘modified atmosphere packaging’ which is responsive to the surrounding environment and the changing physiology of the product – an insert actively manipulates the atmospheric conditions within the pack. 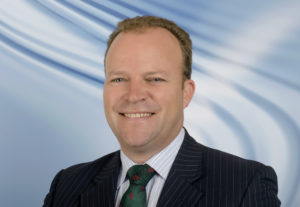 “We’re going to need more innovation to supplement Just-in-Time supplies, alongside a commitment to a resilient model. That will also involve changing attitudes among consumers who equate any food that’s not ‘fresh’ – subject to any kind of storage – with being of lesser quality. A stored product can be as good as a freshly harvested one – it’s a matter of logistics, supply chains and implemented technology.

“Compared with climate change, Brexit will just be a blip. It can also be a shake-up that encourages everyone involved across the supply chain to think again about the hard details of what will protect the future and sustainability of supply. We may need to reassess the viability of having everything fresh, anywhere, anytime.”