Virgin Hyperloop One, which plans to move goods and people at 670 miles an hour through special tunnels, is to build a $500 million development centre in Spain.

It has signed a deal with the Spanish Administrator of Railway Infrastructures open an Advanced Technology Development and Testing Centre worth $500 million in the Andalusian region of Spain. 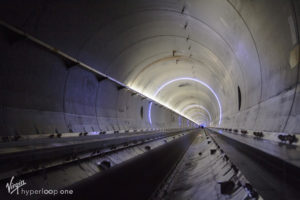 As part of the deal Virgin Hyperloop One will receive €126 million public aid through loans and grants.

Under the Hyperloop system, cargo or passengers are loaded into the Hyperloop vehicle and accelerate gradually via electric propulsion through a low-pressure tube. The vehicle floats above the track using magnetic levitation and glides at airline speeds for long distances due to ultra-low aerodynamic drag. Virgin Hyperloop One systems will be built on columns or tunnelled below ground to avoid dangerous grade crossings and wildlife. It’s fully autonomous and enclosed, eliminating pilot error and weather hazards.

The 19,000 sq m centre will be located at Bobadilla in the province of Malaga and is to be operational by 2020.

It will develop, test, and certify components and subsystems to continually improve safety and reliability of Hyperloop systems.

“By investing in the development and testing of Virgin Hyperloop One, Spain is extending its long tradition as an innovative, global transport leader,” said Virgin Hyperloop One chief executive Rob Lloyd. “We are excited to partner with such a forward-thinking country in developing the next generation of transport.”