He will take over on 1st March, succeeding Peter Harvey who is leaving the FLTA after six years. 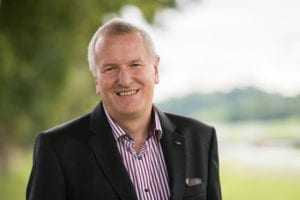 FLTA chairman Duncan Nealon: “He is the perfect fit for our organisation and brings with him a wealth of experience and a truly in-depth knowledge of this industry.”

Waples spent 12 years with Doosan Industrial Vehicles and was president of the British Industrial Truck Association between 2016 and 2018.

Nealon said: “His experience in developing one of the strongest and most effective dealer networks while at Doosan Industrial Vehicles positions him extremely well for engaging with our membership while his time as President of BITA gives him an unrivalled perspective of the wider industry.

“As a sponsor of the FLTA Annual Awards for Excellence for many years Tim has already proved himself a good friend to this Association and is a genuine forklift truck man.”