Waterstones, which was the overall winner in the Supply Chain Excellence Awards in 2015, has bought Foyles bookshops from the Foyle family for an undisclosed sum. 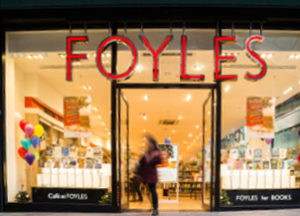 James Daunt, managing director of Waterstones, said: “Together we will be stronger and better positioned to protect and champion the pleasures of real bookshops in the face of Amazon’s siren call.”

As well as its flagship store in Charing Cross Road, Foyles has three shops in London as well as shops in Bristol, Birmingham and Chelmsford.

Christopher Foyle said: “My family and I are delighted that Foyles is entering a new chapter, one which secures the brand’s future and protects its personality. I look forward to witnessing the exciting times ahead for the company founded by my grandfather and his brother 115 years ago.”

Waterstones operates 283 stores in the UK, Ireland, The Netherlands and Belgium. It also owns Hatchards in Piccadilly, which was founded in 1797, and Hodges Figgis in Dublin.

Daunt said: “It is an exciting and invigorating time in bookselling as good bookshops are rediscovering their purpose in the fight back against online and e-reading. At Waterstones, we see our future as responsible stewards of shops that strive to serve their customers each according to their own distinct personality.

“This is nowhere more important that with those shops – Hatchards, Hodges Figgis and now Foyles, that have such singular personalities.”

The deal is expected to be completed by the end of the year, when Foyles’ chief executive Paul Currie and finance director John Browne will leave the business.

In the year to 30th June 2017, W&G Foyle produced EBITDA of £491,000 on sales £26.6m. It said that during the year it had restructured the central team and overhauled the supply chain and logistics systems. “The full year benefit will be realised in the financial year 2017-18.”

* Waterstones, with its logistics partner UTL, was the overall winner in the Supply Chain Excellence Awards in 2015 for the way in which it had transformed the customer experience. 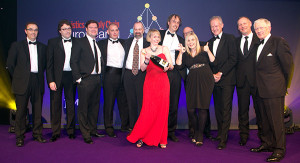 The solution involved developing and refining the S&OP process, and changing the supplier relationship to increase order multiples and reduce mixed pallets. In 2014 a major transformation of the Hub operated by UTL was completed, including changes to the automation, IT-systems, operational processes, and the facility. As a result Waterstones recorded the best Christmas period for five years. The judges were impressed by the supply chain transformation and the fact that Waterstones was able to demonstrate strong metrics with substantial improvements in forecast accuracy and cost to serve. Ultimately, these were the decisive factors for the judges.