Geopolitical uncertainty is the biggest issue keeping road transport chiefs awake at night, according to survey by the International Road Transport Union, while automation is seen as the biggest innovation opportunity for many.

They survey, The Future of Road Transport, which covers transport companies across Europe the Middle East and Asia, found that 57 per cent believe that geopolitical uncertainty is now the major threat to their businesses – followed by the threat of another global recession (52 per cent).

Respondents said the successful adoption of technology is the key to long-term survival – notably in the area of safety. One in three transport companies in Europe, the GCC and Asia named this issue as the top priority. 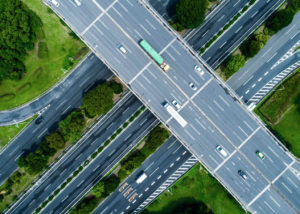 Possible innovations could include greater adoption of already widespread electronic stability programmes and anti-lock braking systems, or newer technologies to assist drivers on the road and help prevent the greatest cause of accidents – human error.

For a further one in five, automation is the biggest innovation opportunity. This includes everything from driving assisted systems to fully-automated driverless trucks.

The survey found that transport companies are particularly excited – and surprisingly optimistic – about a future with autonomous trucks. Over three quarters of the companies surveyed expect they will become a viable option within the next decade, with nearly a third even confident of this happening in the next five years. But for automation, as with all technology-driven innovation, significant barriers remain.

Umberto de Pretto, IRU secretary general, said: “There is no doubt that technology and innovation hold the key to unlocking growth, sustainability and success for the global road transport industry.

“New developments in technology and innovation represent a huge opportunity that we must grasp with both hands.”