Ocado has built its reputation as a grocery retailer, but it has also been building a substantial general merchandise business. 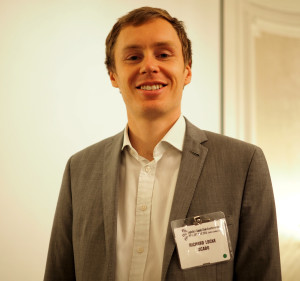 Richard Locke, head of general merchandising and analytics at Ocado

And Richard Locke, head of general merchandising and analytics at Ocado, highlighted the challenges of running a general merchandise supply chain within a grocer – particularly in terms of dealing with legacy competencies – when he spoke at the Logistics and Supply Chain Conference in London.

Locke highlighted the differences between the demands of grocery, where availability is critical, and general merchandise, where high price points mean over-ordering can result in failure on a big scale, and there is often a long tail in some product categories.

It became clear, that the Ocado systems which work so well in the grocery business were not ideal for general merchandise, he said.
So the GM team needed to start again, stripping back and instigating new rules. He highlighted two key rules.

The first was that for new lines, the company should only order the minimum quantity possible. This was a deal the potential problem of over-ordering products for which there was no sales record.

The second rule was that no-one was allowed to place a second order until the company had actually sold something which stopped money being wasted.

A new forecasting system was put in place based on a rolling two week average of sales. Locke said this system was slightly less accurate than the previous system, but because people understood it better, they had more faith in it, and consequently, it worked better for the GM team.

One further step was driven by the fact than in general merchandise, a lot of the sales come from a relatively few key products.

A key challenge was explaining to everyone in the organisation why this was so important, he said.