Waitrose is to open its third online fulfilment centre in London, adding Greenford in the west of the city to existing sites in Couldson in the south and Enfield in the north.

As part of an initial five-year contract, Wincanton will develop and operate the fulfilment centre, in a move Wincanton calls a ‘first’ for third-party logistics. 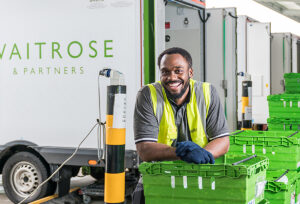 Waitrose said that it it was looking to provide slots to customers ‘as soon as possible’ for the site, potentially as early as December.

As a result of adding a third site, Waitrose said that it could offer shoppers in London four-times as many Waitrose.com delivery slots as it was able to at the start of the year. The site will also create 800 new jobs in the area.

Waitrose executive director James Bailey said: “While we’ve already pulled forward our online expansion plans by six months we know there are still lots of people who want to shop online with us and currently can’t.

“This is especially the case in London, where we’ve seen a significant and prolonged surge in demand for our online offer. This new centre will help us better serve the London area with a much broader range of slots.”

Waitrose only opened the Enfield online fulfilment centre in May.

It said that online orders had expanded by more than 100% since the start of lockdown, to more than 150,000 per week.

Wincanton chief executive James Wroath said: “This partnership with Waitrose to deliver groceries to customers’ homes is a fantastic opportunity for us to combine our existing capabilities in a new way, in order to accelerate Waitrose & Partners’ online growth.  We will be the first third party logistics operator to enter an exciting and rapidly expanding market.”