XPO Logistics has increased its profit target for the year after producing an operating profit of $232.7 million in the first half, compared to a loss of $34.6 million last year. 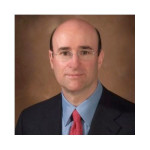 Bradley Jacobs, chairman and chief executive officer, said: “We’ve raised our 2016 target for adjusted EBITDA to at least $1.265 billion, up from $1.25 billion.

The first half results reflect the strength of the group’s performance in the second quarter. Revenue in the three months to 30th June was $1.98bn, up from $707m, while operating profit was $170.3m, compared to a loss of $30.1m the year before.

Jacobs said: “In the second quarter, we generated $355 million of adjusted EBITDA, $261 million of cash flow from operations, and $170 million of free cash flow – all records for our company.

“We’re at an inflection point in the evolution of our business, accelerating our EBITDA and cash generation while continuing to invest in technology, our sales force and other levers of future growth.

“Our strong performance in the quarter was led by our North American operations for last mile and less-than-truckload, and by our European supply chain operations. While market conditions were sluggish overall, e-commerce was a major tailwind – driving margin expansion in last mile, and resulting in major contract wins in contract logistics on both sides of the Atlantic. In LTL, we increased operating income by 66 per cent from last year’s second quarter, pre-acquisition.”