Yodel has responded to Monday night’s Dispatches programme on Channel 4 saying it was investigating “some specific and isolated incidents that were brought to light”. It also apologised “for the occasions when we let customers down”. 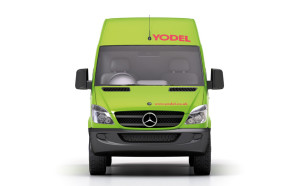 The Dispatches programme broadcast on 1st February used an undercover reporter to work in Yodel’s sort centre in Shaw near Oldham in the run up to Christmas when extra temporary workers were brought in to deal with the volume.

Dispatches said the reporter witnessed staff throwing parcels on and off conveyors and into vehicles and ignoring “fragile” and “handle with care” notices.

In a statement, Yodel said: “The allegations brought to our attention by Dispatches indicated some unacceptable practices. There were some specific and isolated incidents that were brought to light that we are investigating and are taking appropriate action on. We are very sorry for the occasions when we let customers down.

“During the busy Christmas period, over 3,000 self-employed couriers worked for us helping to deliver the high seasonal volume of parcels. For the vast majority, the flexible nature of the work suits their lifestyle. An independent survey carried out in the last six months showed that 84 per cent of self-employed colleagues enjoy their job and 85 per cent are committed to the success of Yodel.

“We handle over 155 million parcels every year and the vast majority of these are delivered successfully thanks to our committed and valued people. Clearly there are still improvements to be made and we will accelerate activities which have already seen our customer satisfaction score increase from a disappointing 35 per cent two years ago to over 80 per cent today which is among the best in the industry.”