Developer Stoford is to develop a £43 million speculative warehouse scheme in Bristol after acquiring a 20 acre plot at Delta Properties’ Central Park development in Avonmouth. 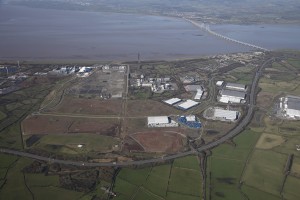 The development of over 400,000 sq ft of warehouse space in three units is being undertaken by Mountpark Logistics with Stoford acting as development partner. Construction of the three buildings of 200,000 sq ft, 120,000 sq ft, and 80,000 sq ft will commence later this month with practical completion scheduled for spring 2017. Detailed planning consent is already in place and Winvic Construction has been appointed as main contractor.

The site, part of Delta Properties’ 350 acre Central Park, is adjacent to another project at Central Park being delivered by Stoford – a new £90 million 1.2 million sq ft regional distribution hub for The Range on a 55-acre site there.

The new development is the latest in a series of deals between Stoford and Mountpark Logistics. The two companies have already joined forces to deliver major industrial and warehouse schemes at Wakefield Europort in Yorkshire and at Airport City, Manchester.

Tony Nash, director of Stoford, said: “Careful design gives the potential to combine any of the units and we believe these will be in high demand as has been the case with our other speculative developments with Mountpark Logistics.”

Mountpark Logistics is a joint venture between Mountpark and the United Services Automobile Association (USAA), one of the US’s largest institutional investors.