71 per cent of European online shoppers bought items from retailers outside their home country last year, according to a UPS study. The multinational package delivery company said that this demonstrates opportunities for retailers that connect with customers in different countries, and that retailers need to provide a personalised and broad range of services. 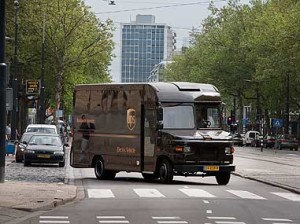 The research also found that the top considerations when purchasing from retailers in a different country were: payment security (75 per cent); clearly stating the total cost of the order including duties and fees (72 per cent); a clear returns policy (63 per cent); stating all prices in the shopper’s native currency (63 per cent); and the speed of delivery (62 per cent).

“The internet has made shopping truly global, enabling retailers to market and sell their products to customers worldwide. Our research shows that nearly three-quarters of European online shoppers buy from countries outside their own, so opportunity is rife for both small and large retailers looking to expand their businesses,” said Abhijit Saha, vice president of Marketing, UPS Europe. “At UPS, we’ve made it our mission to help them all do business across international borders just as easily as they do business across town.”

-96 per cent of European online shoppers bought on marketplaces, which are online platforms for third-party retailers. Of those, 67 per cent said that better prices were the reason for purchasing on a marketplace instead of a retailer, and 43 per cent cite a broader selection of products within any given category.

-52 per cent of online shoppers in Europe consider the number of shipping options offered key when searching for and selecting products online, while 75 per cent consider free return shipping important. 63 per cent of shoppers are interested in shipping to an alternative location with extended hours, if fees are less than shipping to their home.

-97 per cent of online shoppers in the UK have purchased on a marketplace and 26 per cent are planning to do so more in the future. 38 per cent of initial product searches, on average, begin at a marketplace.