Aldi has moved up to become the UK’s fifth largest grocery retailer attracting 826,000 new shoppers compared to a year ago, according to the latest figures from Kantar Worldpanel. 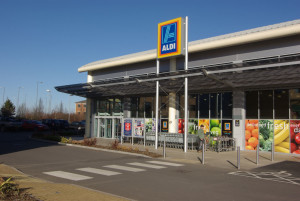 The grocery market grew by 1.7 per cent in the 12 weeks to 29th January driven by strong performances from the discounters. But Waitrose, the Co-op and Iceland also showed growth above the market average.

The past few years have seen the big four losing ground to the discounters but these latest figures show that efforts by Tesco, Morrisons and Sainsbury’s to stem the decline have had an effect. Only Asda saw a real fall in consumer spending this time. 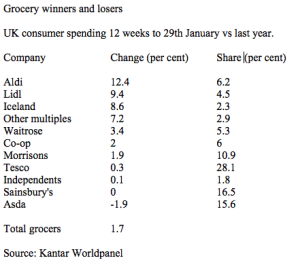