Brexit will hit small businesses that export and import the hardest, Simon Cowie, chairman of Mail Boxes Etc, has warned. 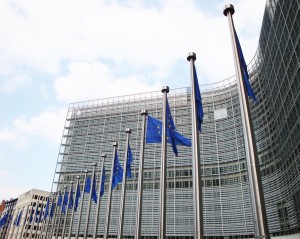 “Although a trading deal with the EU is likely, there is a lot of ignorance about the benefits the single market brings small businesses,” he said. “Currently, importing and exporting goods to the other 27 members is almost as straightforward as sending goods from London to Newcastle.

“In future, companies will have to generate Commercial Invoice documentation (in triplicate), face customs inspection and associated delays and, in many cases, pay additional duties and freight forwarding bills.”

He said that it currently costs businesses around 50 per cent more to send packages to non-EU countries like Norway and Switzerland.

Scurri, the cloud based fulfilment platform, has predicted that there will be a £33.4 billion loss for online retailers as a result of the EU referendum result.

“This result is going to have quite a monumental effect on e-commerce sales in the UK and we have already seen proof of this with ASOS.com crashing for its users in the early hours of Friday morning since the official result was announced,” said Rory O’Connor, founder and chief executive of Scurri.

“Almost ten per cent of sales done on UK web sites are from outside of the country, and now, this could all be threatened or even lost with consumers not willing to purchase their products off UK based web sites.”

The result may also trigger job losses and recruitment freezes – according to a poll by the Institute of Directors (IOD), 24 per cent of those surveyed said they will put a freeze on recruitment, while 5 per cent said they would be making redundancies following the result of the EU referendum. 64 per cent of IOD members felt Brexit will be negative for their business, while 22 per cent said they would consider moving some of their operations outside of the UK.

Simon Walker, director general of the Institute of Directors said: “Businesses will be busy working out how they are going to adapt and succeed after the referendum result. But we can’t sugar-coat this, many of our members are feeling anxious. A majority of business leaders think the vote for Brexit is bad for them, and as a result plans for investment and hiring are being put on hold or scaled back.”

Over a third (36 per cent) of IoD members say the outcome of last Thursday’s vote will cause them to cut investment in their business, against 1 in 10 (9 per cent) who say they will increase investment. Just under half (44 per cent) say it will not change their investment plans.

Kevin Appleton, Yusen Logistics (UK) managing director, said: “Further to the referendum result, I anticipate a period of economic instability, before things settle down to a new normal.”

BIFA has said that the decision about whether or not to develop a third runway at Heathrow should be confronted not “ducked” following the EU referendum results. The association is concerned that the result of the referendum, alongside David Cameron stepping down as prime minister, may “lead to further procrastination over the expansion of UK aviation capacity”.

“In December last year, BIFA voiced the dismay of its 1,500 member companies when the government announced that it would be deferring its final decision on expanding UK airport capacity until the summer of 2016,” said Robert Keen, director general of the British international freight association.

“With last week’s developments, we are now entering a period of great uncertainty on the political front, and BIFA members are worried that will result in big decisions being postponed, or abandoned completely.

“In his resignation statement, David Cameron said he had always believed that big decisions had to be confronted, not ducked.

“He should make good on that sentiment by announcing forthwith that there will be no further delay and the Government will move forward with the recommendations made by the Airports Commission by building more capacity at Heathrow airport.