The Covid-19 crisis seems to be rewarding those who are brave, those who think beyond the traditional constraints of business as usual, those who are adapting business models and processes to reflect a new reality. But it’s not radical enough.., it’s time to embrace further change. 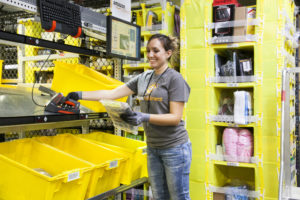 Who has seen those posts from wags on social media, about how they can’t wait to get back to the office… and how ‘in my day’ working from home was only something to do if you were snowed in… and how you need to get out of bed in a morning and turn-up on time… blah blah blah… (those sentiments can be attributed to a tweet from businessman and reality TV star Lord Sugar, so make of them what you will!).

Sentiment like that is not good enough if businesses want to succeed.

Before we entered lockdown the UK had a productivity problem. A really serious one among its workforce. The Office of National Statistics labelled the UK’s historically weak levels of productivity over the past decade going back to the 2008 financial crisis) as the UK’s productivity puzzle and the defining economic question of our age.

The average annual increase in productivity in the UK was just 0.3% in the last decade, compared to the pre-2008 crash of 2%. The last time it was that low was the end of the Steam Age. That idea of getting out of bed and clocking-on on-time was not working.

Now the UK, indeed the world, has just conducted the largest working from home experiment in the history of economic activity.

To that end there will not be enough productivity data in the past few months to prove that getting out of the office and eliminating the daily slog of commuting has boosted productivity and made employees happier, healthier and more engaged. 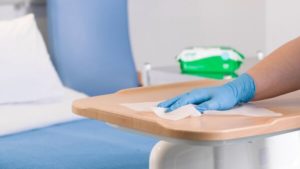 Earlier this month I interviewed Dr Allen Hanouka, managing director and co-founder of GAMA Healthcare, which has seen a five-fold increase in demand for its clinical wipes during lockdown.

So, with employees working from home, it has managed to on-board new suppliers, nearshore part of its supply chain by bringing a new factory online, and meet demand for its product from NHS Supply Chain. They fitted months of normal business activity into weeks all from home. Now I’m not saying there is a relationship here between cause and effect… but it shows you what can be achieved.

In the future businesses will face a recruitment challenge, because the best and brightest businesses (like the Silicon Valley giants) are offering employees the chance to work from home. If you’re trying to secure talent and telling them they have to grind to an office on a commute everyday rather than offering the benefits that other employers will be, then you will miss out on talent – and retaining it long-term in your business. Hopefully you enjoy being stubborn as talent drifts to thinking businesses.

In the warehouse however, this is not as simple. Employees need to be there to handle the materials. But what about changing shift patterns? Offering a 30-hour, four-day week might be the perfect solution for working parents. It will widen a businesses available labour force, and the attractiveness of warehouse work.

Given that the UK economy faces mounting levels of unemployment, as industry shifts from one deliverable model to another, getting people back into work – no matter if it is Monday to Friday, 9 to 5, offers immeasurable benefits for businesses and employees alike.

To that end Jacinda Ardern, the New Zealand Prime Minister has already spoken about the four-day week as a key way in which New Zealand’s economy can recover from the crisis. And that’s a country that has been able to stage rugby games to boisterous stadiums in recent weeks.

Whether this government has it in them to be so radical in the face of such crisis remains to be seen, but engaging with your workforce in a progressive way will be a necessity if supply chain and logistics is to do its part in solving the productivity puzzle.