Gameweek 5 begun with arguably the biggest game of the season so far as Liverpool travelled to Wembley to face Tottenham. It was business as usual for Liverpool who won 2-1, with goals from Wijnaldum and Firmino, who picked up 3 bonus points.

Harry Kane drew another blank and must be one dilemma for many Fantasy managers before Gameweek 6. 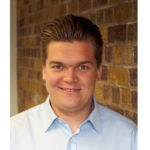 There was a thriller on the South Coast as Bournemouth beat Leicester 4-2, with Ryan Fraser scoring 2 goals and assisting 1 goal, putting him in the top 4 players in Fantasy Football, and could definitely be an option moving forward for managers as a cheap option at only £5.7m.

It was a good week for Chelsea and Eden Hazard as they remained unbeatean and the Belgian scored a hat trick. As one of the more in form players, many managers will be finding ways to get him into their team looking towards Gameweek 6.

Moving forward to this weekend, there is a number of players to watch out for. Aleksandar Mitrovic will be looking to add to his tally against a Watford defence who have already conceded 13 goal attempts from headers this season. Leicester’s James Maddison has started well at the start of this season and will face the second worst defence in the league, Huddersfield, so could be one to add to midfield for only £6.6m. Romelu Lukaku will be hoping to continue his early-season form of 4 goals against newly promoted Wolves and could be a starter for many fantasy managers in place of misfiring Harry Kane.