FedEx has hit a snag in its takeover of TNT with a third party in Brazil launching an appeal against the decision to approve the deal by the Conselho Administrativo de Defesa Econômica (the Administrative Council for Economic Defence). 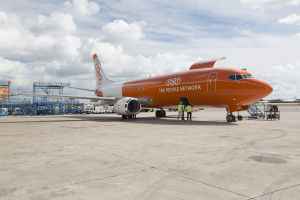 Under Brazilian law, an appeal against the CADE decision can be lodged within 15 calendar days of the official publication of the decision.

In a statement on the appeal, FedEx and TNT said: “FedEx and TNT Express continue to work constructively with the regulatory authorities to obtain clearance of the transaction in the relevant jurisdictions, including China, and are making timely progress. FedEx and TNT Express remain confident that the offer will close in the first half of calendar year 2016 and look forward to the opportunities the combined company will deliver for customers, shareowners and employees around the world.”

* TNT has said that, if it is acquired by FedEx, it would have to leave the Iran market. A TNT spokesperson said: “The FedEx offer to acquire TNT is anticipated to close in the first half of 2016. Considering the increasing likelihood of successfully completing the acquisition, we have analysed the compliance requirements that would apply to TNT after completion of the FedEx offer, including the restrictions arising from US economic and trade sanctions. This means that we will no longer be able to offer a delivery service to/from Iran after completion. We are informing our customers about the upcoming change.”