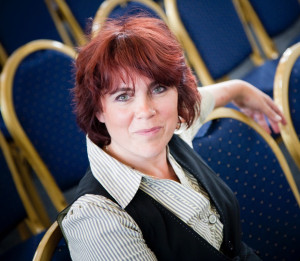 Salter flew as part of the well-known “Dambuster” 617 Squadron in Iraq. And in 1996, when flying a twin-jet engine over Iraq, she was just one of five female pilots in the world.

The FLTA’s National Fork Lift Safety Conference takes place on 29th June at The Heart of England Conference and Events Centre, located between Birmingham and Coventry.