Prime minister Theresa May has said that the government will step up to play new “active role” in industrial policy that “backs business and ensures more people in all corners of the country share in the benefits of its success.” 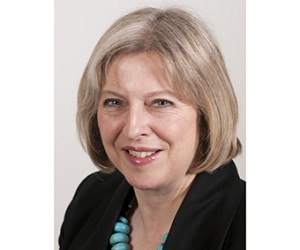 The FTA has welcomed the new approach, but has called for the government to deliver on its promises.

“Any successful future for UK industry in a post-Brexit world will have to involve improving logistics connections in the UK,” said Christopher Snelling, the FTA’s head of national and regional policy. “This means improving our transport infrastructure to reduce congestion and unreliability, and increased access to rail and water freight.”

“The Prime Minister has identified the right issues and FTA is pleased she announced this focus on the needs of industry.

“But as always with government pronouncements, the real test is delivery – will the government make the investment necessary to make Britain the globally competitive base for industry that we all want it to be?”

BIFA has also embraced the plans. Robert Keen, the association’s director general, said that the initiatives outlined in May’s announcement should provide a welcome boost for British industry.

“Among other things, the government has identified the need for capital and infrastructure investments, research and development, as well as skills training,” he added. “BIFA has frequently said that there is a pressing need to improve the country’s transport infrastructure across all modes.

“We have been very vocal on the need to address skills shortages, especially within the logistics sector.

“Our thoughts on the importance of free trade to the businesses that our members’ serve is well documented.

“So it is pleasing to hear that the Green Paper delivered by the Prime Minister has recognised the pressing need to address those issues.

“Now we look forward to seeing some action on the words delivered yesterday.”