Grocery logistics strategies will have to be rethought as new research predicts an end to the decline in hypermarkets. 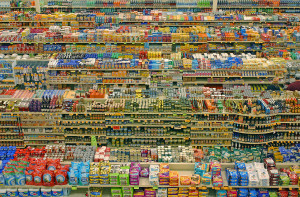 The UK food and grocery market set to grow by ten per cent between now and 2021, according to forecasts from IGD.

Retailers have been restructuring their supply chains in recent years to take account of both the rise in online and convenience shopping and the decline in the traditional large format store.

But the IGD now predicts that sales at larger stores will stabilise over the next five years. Online will remain the fastest growing channel followed by discounters. Overall, the market will increase by ten per cent to £197bn by 2021.

IGD chief Joanne Denney-Finch said: “The growth of other channels over the last few years has forced larger stores to rethink their layouts. Two-thirds (64 per cent) of shoppers say that changes such as better prices, better loyalty rewards, more staff and local, independent concessions would encourage them to use larger stores more often.

“Over half (53 per cent) of shoppers say they have used a food discounter in the last month against 37 per cent in 2010. However, we are forecasting their growth to slow over the next five years, as finding appropriate sites for new stores gets tougher and the supermarkets hone their focus on price, range and customer service.”