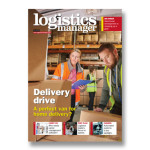 This article was first published in Logistics Manager, July 2016.

It takes 400 vans to deliver all the toilet roll used by London residents every day – a statistic that highlights the importance of the van to our modern way of life. The figure comes from the Freight Transport Association which used this example to demonstrate why freight is so vital to the capital city when presenting its manifesto for the London mayoral elections.

And no matter what else is happening in the economy – concerns over growth in China, uncertainty caused by the vote to leave the EU – there is one thing that can be counted on – the van market will continue to grow at pace.

All the growth is coming in the panel van sector – technically the 2.5-3.5t market, which is now running at 13 per cent ahead of last year.

Figures for May from the Society of Motor Manufacturers and Traders show that registrations in this sector for the first five months of the year was 96,241, 13 per cent up on the figure of 85,139 in 2015. Registrations in all the other van sectors are actually down.

In fact, the total van market has virtually doubled over the past six years. In May 2010, the rolling year total registrations was some 200,000 units. The corresponding figure for May 2016 is 376,434 units.

And what is fuelling this dramatic growth, of course, is home delivery.

Martin Flach, Iveco’s product director, says the growth of home delivery has driven growth in the 3.5 tonne sector and even to some extent the 7.5 tonne sector where white and brown goods retailers have seen growth.

Flach says: “For many, a simple panel van is all that is needed.”

But in the grocery sector, multi-compartment vehicles are the order of the day, enabling them to carry frozen, chilled and ambient deliveries on the same vehicle. Typically these are racked out to carry totes.

Flach points out that the Daily is particularly suitable for this kind of operation as it is a chassis-based design making it easy to add a custom body.

The one thing that virtually all home delivery operators want is automatic transmission – and given the stop-start nature of the activity, that’s an obvious choice. Flach says the Hi-Matic gearbox on the Daily has proved particularly popular.

Perhaps surprisingly, Flach says there is constant pressure to get the weight of the vehicles down. This is mainly in the grocery sector where 3.5 tonne delivery vehicles tend to weigh out before they cube out.

He points out that online grocery customers tend to pick the heaviest items for home delivery – cans and bottles.

As a result, there has been a concerted effort to strip vans of non-essential items to give more cargo capacity. Even trim and passenger seats have been sacrificed in many vans, he says. There is also a role for alternative materials.

The weight issue is less important in the general parcels market where items tend not to be so heavy.

Of course, retailers could get more capacity from bigger vans. The issue, though, is drivers. Vans over 3.5 tonnes can’t be driven on a car licence. Instead you need a Category C licence, and drivers who hold such a licence will expect to be paid more.

Many home delivery routes are in urban areas where good drop densities should favour gas and electric powered vans.

Martijn de Lange, chief operating officer at Hermes, says: “Electric vehicles are hugely beneficial in heavily built-up areas. In recent years we have seen many retailers undertake new measures to become more energy efficient and to reduce waste. Therefore, carriers also have a duty to become more sustainable, especially when you consider the extensive transport networks that are in constant operation.”

De Lange points out that Hermes trains drivers to be economical while on the roads. “In terms of home delivery, we work in partnership with Gnewt Cargo across the city of London. Using a 44-strong fleet of 100 per cent electric, zero emission vehicles, we have been able to save approximately 146 tonnes of carbon a year.”

Iveco’s Martin Flach agrees that electric vehicles are good for short distance work, such as urban deliveries, while gas versions can offer a better range.

“We can do the Daily at 3.5 tonnes in either Electric or Natural Gas versions,” he says, but points out that the problem is that both of these options will add weight to the vehicle compared to the base diesel version. And, while that is not a big problem for general parcel deliveries, it is a deal-breaker for the supermarkets where weight is at a premium.

In fact, Iveco along with some of the retailers has been lobbying the government to extend the weight limit for alternative-fuelled vehicles. The idea is that this would enable and electric van to carry the same weight of goods as the diesel version on a car licence.

Such systems already work in Germany and France, Flach points out, so there is no reason why it could not work here.

So far, the government has not been persuaded.

However, says Flach, only a couple of years ago the Department for Transport was simply stonewalling, now it appears to be listening to the argument.

“We keep pushing, and hopefully we will get somewhere,” he says.

Mercedes-Benz dealer Rygor has opened Asda’s first dedicated managed workshop at Heston in West London. The three-bay facility is initially servicing 50 home shopping vehicles operating in the surrounding area, but it has the capacity to maintain at least 200 vans in the long term.

Asda will take delivery of some 550 new Mercedes-Benz Sprinter 313 CDI chassis cabs this year. Asda’s vice-president of logistics, Jon Parry, said: “Strategically, this is a very important development for Asda. We’re tremendously excited about the prospects for improved efficiency, vehicle up-time and reduced operating costs as a result of this collaboration with Mercedes-Benz.”

Asda’s delivery fleet has grown by 25 per cent over the last three years and now numbers in excess of 2,000 vehicles.

The supermarket’s Sprinters are fitted with multi-compartment, insulated box bodies by Paneltex, and GAH refrigeration units. They make deliveries of ambient, chilled and frozen foods and other products to online customers.

Culina has introduced two 7-tonne Iveco Daily Hi-Matic vans to its fleet for wine merchant Corney & Barrow. Culina’s Mark Adlington said: “The majority of our deliveries are in urban areas, so a fully automatic gearbox is ideally suited for the job at hand.” The eight-speed transmission offered in Hi-Matic models was developed with ZF. Iveco says it changes gear more quickly and precisely than the best driver, needing less than 200 milliseconds for a gear shift when greater acceleration is required. It also helps to reduce repair and maintenance costs by ten per cent versus a standard manual transmission.

Think of green vehicles, and the chances are that electricity or gas comes to mind. But manufacturers are still refining the venerable diesel engine to be both cleaner and more fuel efficient. At the CV Show in April, Ford unveiled a range of Transit vans powered by a new 2.0-litre EcoBlue diesel engine, which, it says, enhances fuel efficiency by up to 13 per cent compared with the outgoing 2.2-litre TDCi engine.

The Transit and Transit Custom models are offered in 105 PS, 130 PS and 170 PS power ratings, each of which offers increased power and torque compared to the outgoing 2.2-litre engine. Ford says it has also improved the low-end pulling power – with 20 per cent more torque at 1,250 rpm.

Shift from trucks to vans

One of the factors that has contributed to the growth in the number of vans on the road is the change to driving licence regulations that mean new drivers can no longer drive 7.5 tonne trucks on a car licence.

Before then many car drivers could drive a 7.5 tonner on their car licences under grandfather rights. Now they need a category C licence, and as a result, companies have either gone for much heaver vehicles – or down to 3.5 tonners.

Flach says that where operators have opted for heavier vehicles they have tended to go right up to 18 tonnes, the top weight for a two axle vehicle.

There had been speculation that 10-12 tonners would prove the most popular, but this hasn’t happened, he says.

Nevertheless, he says, for many operations, the 7.5 tonner is the right vehicle and it still has a lot to offer. Iveco’s new Eurocargo has just won the International Truck of the Year 2016.

Specific features include the height of the cab – making it suitable for multi-drop work.

It is narrower than its major rivals giving it an advantage in busy city streets.

The “face” of the truck was also designed to be “smiley” and non-aggressive giving it a friendlier aspect.

Labcraft, which produces low voltage LED lighting for the commercial vehicle industry, has come up with the Banksman – a driver aid lighting scheme that improves driver visibility by lighting the area around the vehicle when manoeuvring. This provides the driver with an illuminated view of areas around the whole vehicle not normally covered by reversing lights, enabling them to avoid obstructions in dimly lit areas reducing damage to the vehicle, damage to property and reducing the risk of serious injury to 3rd parties. The company also produces a range of vehicle interior lighting products that have been taken up by home delivery operators as an aid