The RHA has welcomed the news that the so-called ‘Jungle Camp’ at The Port of Calais will be dismantled today, but the association’s chief executive has said it is a ‘short term fix’. 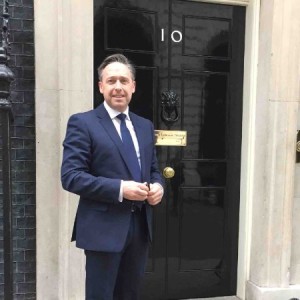 The association has said that thousands of migrants are still travelling across Europe to reach Calais.

“Of course we welcome the news that the camp is to be removed; this is something for which we have been tirelessly lobbying for many months,” said Richard Burnett, RHA chief executive. “However, it would be naïve to think that this will be an overnight success story. It is by far the end of the problem.

“Removing the camp is essentially a short term fix. It is crucial that we see an effective plan for a long-term solution.

“Over 6,000 migrants are now being sent to resettlement camps throughout France.”

“However, we are extremely concerned about the thousands of migrants that remain in Calais and the surrounding area – all still intent on reaching the UK at whatever cost.”

The FTA has responded to comments made by Alain Juppé, the French presidential candidate, suggesting that border controls should be moved back to Dover. The association has said that it is important to keep border controls in France.

Since the referendum result, the FTA has called for the continuation of the ‘Le Touquet Treaty’, an agreement which allows the UK to carry out checks in Calais to stop migrants trying to reach Britain, and the French to do the same at Dover – it has been in place since 2003.

Chris Yarsley, FTA’s EU Affairs Manager, said: “Moving controls back to Dover would cause cross-Channel chaos and would significantly impact on the frequency of crossings. The layouts of both the Port of Dover and the Folkestone Channel Tunnel terminal would need to be completely redesigned and the number of sailings and shuttles would be limited to the rate at which passport and immigration checks could be completed upon arrival.”