Logistics businesses are more confident now than in the first half of the year, according to the latest UK Logistics Confidence Index from Barclays and Moore Stephens. 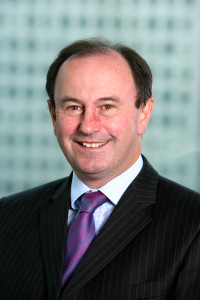 Confidence hit a low point in the first half at 51.8 but has now risen to 53, mainly as a result of new business generated by the expansion of existing customers.

And three quarters of respondents now say they are planning to invest significantly over the next six months.

It might have been expected that confidence would fall further following the Brexit vote, but Rob Riddleston, head of transport and logistics at Barclays, said: “Business is getting on with life.”

“It is reassuring that the sector continues to invest. We see businesses across the country looking to hire more and invest in the technologies that raise the levels of efficiency and productivity. While the sector is concerned about the implications of Brexit, there’s also clear recognition of the importance of entering a period of uncertainty from a position of strength and that such investment could create new opportunities as the detail of Brexit emerges.”

The study found that 26 per cent of new business in the last six months came from current customers expanding – a jump of almost ten percentage points from the previous half, and the highest figure in the biannual Index since 2013.

This has helped to partially mitigate a previous trend of intense competition over market share as the only route to growth.

Downwards price pressure was cited by 41 per cent as an important issue, as is warehousing space. This is compounded by uncertainty over the impact of Brexit, with volume of future trade, labour availability, customs clearances, trade deals and currency risk cited as key issues. Respondents argue that risk is concentrated in certain logistics sub-sectors, with suppliers to the automotive sector seen as significantly more vulnerable than groceries.

Riddleston said: “A firms’ ability and willingness to invest more ahead of the market can provide operators with an edge that can help to differentiate them from competitors and move the pendulum towards the benefits of service and value, something that will be critical to the future of the industry.”

However, he pointed out that a significant proportion of respondents expect the business climate to be more challenging as we move into the first half of 2017, though, he said this could simply reflect a more cautious attitude to the year ahead.

The study also found that the struggle to recruit drivers and skilled workers in the logistics sector is intensifying. Some 35 per cent rated this issue as a primary concern, up by almost a fifth on the first half of 2016.

Some 44 per cent of respondents plan to increase headcount over the next six months, but a key challenge will be whether driver supply can meet demand.

Philip Bird, partner at Moore Stephens, said: “It is encouraging to see the logistics sector in a slightly more confident mood than at the time of our last survey. This is reflected in a number of areas such as outlook on turnover, headcount and capital expenditure. However this optimism is cautious as the sector faces a number of long-term issues that are affecting it, such as pressure on margins, skills shortages and uncertainty about the future of the UK and global economies. It is going to be interesting to see how the sector faces up to these issues in the coming months but there is no doubt, as our survey highlights, that the increased use of technology is seen by many operators as a way of addressing some of these issues.”