There is a view among many online retailers that they could increase their sales if only they could get the cost of fulfilment down without reducing service levels.

Not surprising then that automation and robotics has moved up the agenda, as it reduces the reliance on one of the most costly elements – labour. 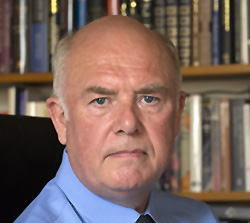 And it is even less surprising that there is considerable apprehension about the impact of robotics among workers. A recent OECD report found that some 66 million jobs in 32 countries were highly automatable.

A study by Industrial Vision Systems highlights the challenge companies face in dealing with those concerns. It found that 30 per cent of workers in cities such as Sheffield and Liverpool would feel threatened that a robot would take their job if they had one assisting them at work.

In laid-back Brighton the figure is just 16 per cent – in fact a quarter of workers in Brighton would be grateful for the extra help.

The figures reinforce the conclusions of the study by The Centre for Cities “Cities Outlook 2018” in January which found that one in five existing jobs in British cities were likely to be displaced by 2030 as a result of automation, with warehouse jobs among those most at risk. This study also found that the north would be hit harder than the south.

IVS director Earl Yardley argues that “it is somewhat misguided to think that because a robot happens to be working in the same building as you, that it’s going to replace you. In fact, it’s quite the opposite.”

And the Recruitment & Employment Confederation found in October that employers were struggling to attract workers to the warehouse jobs that currently exist.

That suggests that increasing the level of automation in the supply is less about replacing existing workers jobs than finding ways of doing jobs for which there are no workers.

But organisations will need to get their existing workforce to buy in to the change they are to avoid conflict and achieve the full benefit.