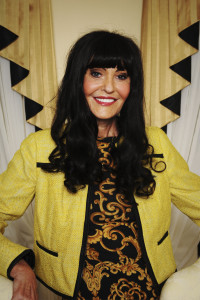 She’s widely known for her appearance on the BBC’s Dragon’s Den, but Hilary made her fortune by founding the Pall-Ex business back in 1996.

Hilary says that the industry has become more and more competitive over the years, with new hauliers and networks entering the market right across the UK and Europe.

“However, I must say that I’m happy that not all practices have changed completely over the past 20 years!,” she says. “The network concept and operating model remains the same, with the hub-and-spoke model still leading the way in helping to reduce wasted journeys, lower environmental impacts and ensuring drivers carry a full load whenever possible.”

Some of the biggest challenges the market has faced over the last two decades have been the growth of the market alongside price undercutting of service providers, as well as the recession which “pulled at the purse strings of many individual hauliers.”

A personal struggle for Hilary in initially setting up the business was finding funding for it. She was turned away by the bank, and so she had to sell her house and car. 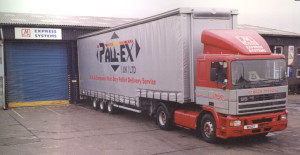 A woman in a man’s game

Back in 1996, it was unusual to see a woman working in the industry in general. But, says Hilary, a stigma existed then which suggested the working in the sector was a “man’s game”.

“…but the success of Pall-Ex proves that if you have an strong idea and work ethic to match then your business goals are limitless,” she says. “My advice for any woman looking to develop their career in the sector is simple, be determined and tenacious.

“The market is becoming increasingly crowded so making sure your voice is heard is essential.” 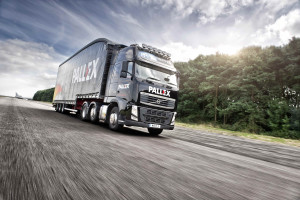 “Given the significant change that has already happened across the sector over the past two decades, it’s hard to imagine what the industry will look like another 20 years down the line,” says Hilary. “Further expansion across Europe will always be a key business goal for Pall-Ex though our company core values will always come first.

“Putting a cap on growth and focusing on improving service quality has meant we can raise our prices and help our members to grow too.”

Hilary predicts that the uncertainty of Brexit will mean the next few months are not going to be easy for the business.“…but then we have never rested on our laurels,” she adds.