Sainsbury’s has appointed Simon Roberts as retail and operations director. 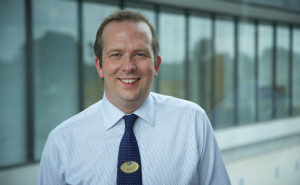 The move comes after Roger Burnley left the company to join the team at Asda.

Roberts will begin at Sainsbury’s during July 2017.

“I am thrilled to be joining Sainsbury’s, a brand I have admired and respected for many years, and particularly at such an exciting time for the business following its acquisition of Home Retail Group,” said Roberts. “I am really looking forward to joining Mike and the team and working with the 165,000 colleagues across Sainsbury’s stores and operations to help customers live well for less.”