Sara Pascoe is to host the upcoming Supply Chain Excellence Awards, taking place on 14 November at the London Hilton on Park Lane. 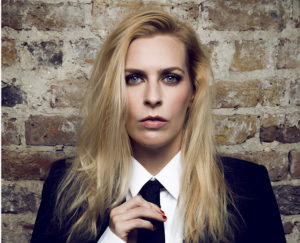 Pascoe is an Edinburgh Comedy Award nominated comedian, writer and actor.  In her routines, Sara takes a wry, almost deadpan look at the more inexplicable aspects of life, love and people. Sara has appeared on Never Mind the Buzzcocks, QI, Have I Got News for you, 8 Out Of 10 Cats and Mock the Week. As an actor she played Coco Lomax in the hit Olympic sit-com Twenty Twelve and also starred and co-wrote Girl Friday, she has written for the Guardian and Independent, and penned a book, Animal: How a Woman is Made.

The winners of the Awards will be revealed in front of more than 600 industry leaders at a celebration dinner.

To book a table, or find out more, click here