The Road Haulage Association has called on the French prime minister, Edouard Philippe, to send in the military to restore law and order to the Calais area. 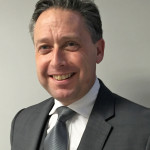 In a letter to Philippe, RHA chief executive Richard Burnett stressed the substantial loss to the UK economy and to the thousands of hauliers that cross the Channel on a daily basis since the summer of 2015.

“The unabated action by migrants and the people smugglers is crippling Calais and its environs. For the third successive summer we are once again calling for the French to deploy their military to restore law and order to the region so that hauliers and the people of Calais can live and work safely, securely and without fearing acts of violence and intimidation from those whose only goal is to reach the shores of the United Kingdom at any cost.

“The safety of UK-bound hauliers, the economy of Calais and the safety of its citizens cannot be put in jeopardy as a result of increasing migrant mayhem.”