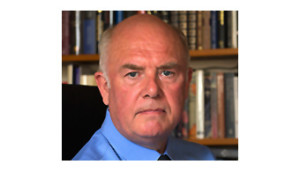 1. Supply chain is changing the world The the way we live today owes much to developments in supply chain thinking and practice. It is the ability to manage an extended supply chain that has driven the growth in global trade.

The government has now had three years to prepare for leaving the European Union, so it is quite shocking to find that the government’s own analysis, which was leaked to the “Sunday Times”, suggests that the UK could face months of disruption after a no-deal Brexit.

Blockchain – still problems to be solved

Adoption of blockchain technology is gathering pace. In liner shipping, more companies have been joining the TradeLens initiative, which now covers more than half the world’s container cargo.

The shortlist for the Supply Chain Excellence Awards 2019 has just been revealed – and it makes impressive reading. This year we received more than 130 entries from major retailers and manufacturers, not just in the UK, but from all around the world.

It only took two days of Boris Johnson’s premiership for the Freight Transport Association to warn the industry that it needed to step up preparations for a no-deal Brexit.

The idea that road might be a zero carbon alternative to rail sounds counter-intuitive, even to convinced petrolheads, but the situation could arise, according to a new report for the government entitled “Rail Industry Decarbonisation Taskforce: Final Report to the Minister for Rail”.

If it weren’t for the customers, e-commerce would be easy. Who can forget how some of ASOS’s customers responded to a warehouse fire in June 2014? Someone actually tweeted: “Can’t believe I probably won’t receive my prom dress. Thanks a lot ASOS”.

Recruitment problems: perhaps they all want to be train drivers

Sixty years ago, like most young boys, I wanted to be a train driver – but my parents were determined that I should go to university and get “good” job.

Suggesting that the readers of Logistics Manager don’t know their warehousing costs might seem outrageous. But I’m not the one making the suggestion – management consultancy McKinsey is.

The Freight Transport Association has decided that the government must prioritise air freight to achieve Britain’s future trading ambitions in a post-Brexit world. It told the government as much last week when it responded to a consultation on Aviation over the coming decades.