Tesco has started using rail to import products to the UK from China. 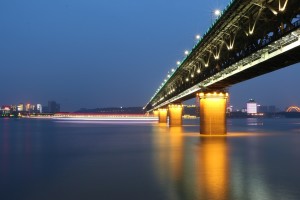 Wuhan, the city in China where the journey begins.

The Trans-Siberian Railway is over 5,700 miles and crosses eight countries, and gets goods from producer to Tesco in 26 days.

Alistair Lindsay, head of global logistics and wholesale operations, pointed out in a blog that rail was only 20 per cent of the cost of air transport and was faster than ocean.

The train service starts in Wuhan  and travels from China via Kazakhstan to Moscow. From there it goes via Belarus into central Europe where it is transhipped to lorry and driven the rest of the way to Tesco’s distribution centre on Teesside.

“The new route has opened several more options that will help us to import stock more efficiently,” said Lindsay.