A director overseeing a £30m budget, a leader organising aid to war-torn countries and a young leader helping 15,000 drivers improve their road safety habits were the big winners at the Women in Logistics awards. 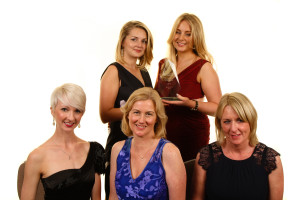 The winners of the awards were revealed at the Annual Charity Ball and Awards Night.

The Leader of the Year award (sponsored by Tarmac) was won by Jane Phelan of Greenshields Cowie. She started out organising logistics for donor aid programmes into Africa, Asia and the Middle East, and now delivers vehicles and other essential aid items to war-torn countries.

Marie Forrester of Royal Mail was named Diversity Champion of the Year (sponsored by Forton Group). She has risen to become the first female delivery sector manager and is accountable for a £30m budget.

Jen Yaxley of Amey won The Young Manager of the Year (sponsored by Kuehne+Nagel). She instigated Amey’s new programme for 15,000 individual drivers and produced a set of videos to get people engaged in road safety, as well as developing and running safety events for internal and external audiences.

XPO Logistics won the Company of the Year award (sponsored by IMHX).

Women in Logistics founder, Ruth Waring said: “The shortlist for this year’s awards was incredibly strong and selecting just four winners was particularly difficult. All winners had extremely inspiring stories, from a career dedicated to helping others in developing nations, to individuals flying the flag for women in logistics to an organisation which is especially vocal about its efforts to promote gender diversity.”