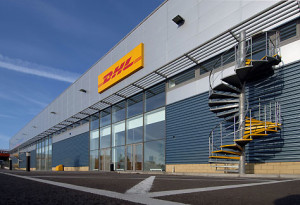 Operating profit in the Global Forwarding, Freight division increased from €17m in the previous year, to €51m in the first quarter of 2016 as a result of measures introduced in the past year to improve operating performance. Revenue in the division decreased by 12.2 per cent to €3.3bn.

Express division EBIT rose 7.5 per cent to €357m in the first quarter on revenue up marginally at €3.25bn. The group said this upward trend was primarily driven by continued strong growth in the time-definite international business, where first-quarter shipment volumes rose by 7.9 per cent year on year and incremental positive yield effects were achieved.

“We’ve had a good start to the current year,” said group CEO Frank Appel. “With an EBIT of €873m we have registered the strongest first quarter in our company history. The efforts we made in 2015 to position ourselves for profitable growth in all divisions are paying off. Last year was a year of transition, and we are now firmly on track to achieve our targets for 2016.”