Yesterday chancellor Rishi Sunak was reportedly considering a 2% levy on e-commerce in a bid to create a £2 billion a year revenue stream for the Treasury.

Reading between the lines the assumption would be that the expected tax take from bricks and mortar is way down on any projection, given well, you know… and according to the Office for National Statistics, e-commerce volumes in June were up 53.6% compared to February, and accounted for 31.8% of all sales, compared to 20% in February.

It’s no wonder that Sunak was quoted as saying such a levy would generate a “sustainable and meaningful revenue source for the government” – because the current tax regime is inappropriate for the shift in retails channels we have seen in the past five months.

It also ties into a review of business rates, which has long been a concern in the sector that e-commerce can avoid ‘high value’ properties in a way that high-street retailers cannot. 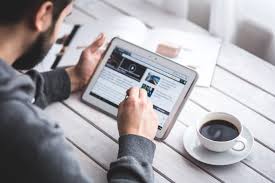 Now this seems sensible from a Treasury point of view… it has to react to the way the economy, and society as a whole, is reshaping in the wake of lockdown and Covid-19. And it is not exactly a new idea… the Treasury Select Committee recommended such a proposal be explored in October 2019, back when e-commerce was £2 in every £10 spent and not £3 in every £10 spent.

What would concern me about such a proposal is that it would pour water on a hot part of the economy, which would have serious repercussions when you trickle down into logistics.

Covid-19 has accelerated business transformations, forcing many to adopt B2C models and move away from a dependence on B2B models. This is powering growth in third-party logistics (take the likes of Hermes and DPD expanding their warehousing and employee footprints in recent weeks) through to changing the way that the flow of goods in traditional warehouses operates.

These changes are powering investments in automation, in robotics, in materials handling equipment, in property itself and in creating jobs. Should taxation cool growth in e-commerce at the source, it will cool investment in the logistics that supports such trade. These businesses will become marginally less successful than they could have been, reducing the overall level of taxation and levies the Treasury takes from the sector anyways.

Logistics is the backbone of UK commerce and can ill-afford for any of its markets to cool after months when they were frozen.

Stimulating high-street economies (after all £7 in every £10 in retail is still spent through this channel) would of course be welcome, if not overdue when it comes to the emphasis placed on trade through property. But it has to be done at the same time as helping strong parts of the economy grow.

The chancellor needs to tread carefully when considering the next steps to repair an economy broken by pandemic. What he needs to instil is confidence and encourage the British consumer to spend. A 2% online sales levy is a quick fix to a deeper problem that needs addressing.