European diesel prices have continued to drop, with Q1 2016 figures demonstrating an ‘all time low’ index of 59.1 – 22.7 per cent lower than Q1 2015. The figures, taken from the latest Transport Market Monitor by Capgemini and Transporeon, are the lowest recorded since 2008 – when the Monitor began. 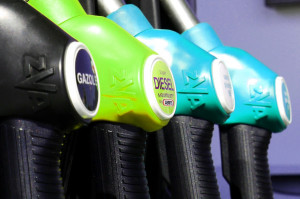 However Capgemini has said that these figures are expected.

“The Q1 figures are pretty much in line with what we normally see,” said Erik van Dort, supply chain director at Capgemini. “Most remarkable is that although there was plenty of capacity and the diesel index is on an all time low, the carriers managed to get a decent price for their services.”

Peter Förster, managing director of Transporeon said: “A price index of 91.5 and capacity index of 110.7 are typical for the first quarter of a year. Similar values were also reached in 2012, 2013, and 2014. In the first quarter of 2015, a tendency toward high capacities and low prices was also noted, but with smaller fluctuation. Here, the shortened weeks before and after Easter already demonstrated their effect in Q1. Even if the capacities fall and the prices rise again for Q2 due to the season, we assume that this effect will be lessened this year.”