Mike Williams is stepping down as chief executive officer of Dawsongroup, the asset rental business, due to health reasons. Williams has worked for the company for 40 years. 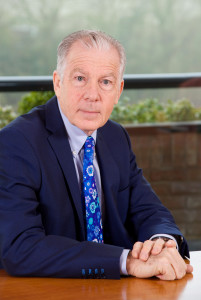 “It is a simple commercial truth that nothing stays the same: change is inevitable,” said Peter Dawson, group chairman. “After working so closely with Mike for 40 years however, it is hard to accept.

“His energy, commitment and commercial ability have been instrumental to the development of the business we have today.

“As has his very individual, slightly acerbic sense of humour; used so often to very good effect as he made his points both to suppliers and his own team alike!

“However, he would be the first to acknowledge the huge part played by the input and support of that team, a number of whom have been with him for many of those 40 years.”

Mike Williams said: “I had been planning my eventual retirement from the business for some time and had hoped to finish toward the end of 2017. However, this new situation has been forced on me by the need to deal with a health matter that fortunately, I am being told, should be managed successfully. Sadly, the time this may take means my retirement plan is not going to work, so it is with real regret and a sense of unfinished business that I must now complete my time with Peter and the team. It’s been good, very good at times, but as the saying goes, all good things come to an end.”