Existing measures are not enough to tackle the shortfall in skilled drivers, a new report by the House of Commons Transport Committee has found. 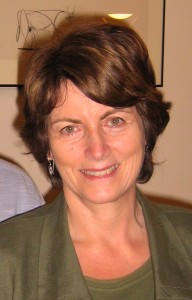 It said that co-operation the transport industry and the government is necessary to beat the deficit in drivers for the haulage industry.

The committee argued that the driver shortage is linked to a shortage of people willing to work in the industry, rather than a shortage of qualified people. It also said that there is no single reason behind the lack of drivers – but that there is a combination of factors that make the job ‘less attractive than it was’.

Not only that, it said the driver shortage has resulted in ‘a dependence on agency and particularly foreign drivers that goes beyond what is needed to cope with seasonal variations and is now necessary to sustain normal operation’. It said that the dependence on agency staff means that operators are ‘probably not investing enough in their staff’.

This results in several risks. If the UK becomes relatively less attractive as a place for foreign drivers to work, the shortage could become more intense quickly, and the ‘longer-term sustainability of the UK’s haulage sector could be undermined if there is not a steady stream of people through the sector gaining skills needed to become transport managers and operators’.

“This is not a new challenge,” said committee chair Louise Ellman MP. “The road haulage sector has been short of skilled drivers for the last ten years.

“The familiar profile of the professional driver – over 45, white and male – will need to adapt.

“Industry and government need to get their heads together and come up with a plan which focuses on recruitment and retention.

“After years of under-investment in the sector, let’s encourage skilled drivers back into their cabs by improving the image of the profession, revisiting pay and conditions and providing proper and secure facilities at depots and on the roadside.”

She said that the industry needs to look to female, young and black and minority ethnic (BAME) drivers as the future for haulage.

“Government and industry should review apprenticeships, reduce training costs and insurance, and demonstrate clear career progression,” she said. “If people are unwilling to work in the sector, it is up to industry and government to change perceptions.”

The FTA’s skills policy development manager, Sally Gilson said: “We are pleased to see that the Transport Committee has listened to FTA’s concerns – as this is a problem that isn’t going to solve itself.

“We strongly agree with the committee and its calls for government to provide more support, and with the need for better roadside facilities for drivers. This is especially important if more women are to be recruited – currently only one per cent of HGV drivers in the UK are female.”

The CILT also welcomed the report. Daniel Parker-Klein, head of policy, said: “We fully support the report, which we are pleased to see supports and cites our proposals. The impact of the driver shortage cannot be ignored and it is of utmost importance that the report’s findings help influence industry and government to focus on recruitment and retention.

“CILT will continue to work with the Transport Select Committee, industry and government to ensure that the next steps taken will allow us to beat the driver shortage.”