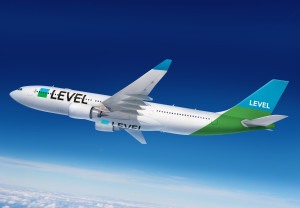 Level was launched in March and is the fifth airline brand to join IAG Cargo, alongside British Airways, Iberia, Aer Lingus and Vueling.

It will launch a long-haul, wide-body cargo gateway in Barcelona, offering three new routes into the Americas. This is the first time IAG Cargo has provided long-haul services out of Barcelona.

The service will fly to Los Angeles (LAX) in the US, Punta Cana (PUJ) in the Dominican Republic and Buenos Aires (EZE) in Argentina and will be serviced by A330-200 aircraft.

IAG Cargo commercial director David Shepherd said: “We already have one of the most extensive networks into the major cities of North and Latin America, and our new gateway will build on this further, providing customers with a wider range of options to get their goods to market. By adding Level to our network, we will now be able to offer lift from Barcelona”.