Transport improvements are needed to seven strategic corridors across the north of England to enable businesses to grow, according to a draft Strategic Transport Plan backed by civic and business leaders from across the region. 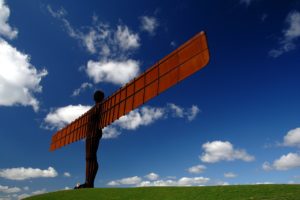 The draft plan from Transport for the North will be subject to a thirteen-week public consultation early in 2018 before being submitted to the government.

The cost of the 30-year plan is estimated at £2-2.3 billion per year. However, the plan’s backers said this figure also includes spending which would already be expected as part of on-going strategic transport investment in the North, with only £50 per person per year (£700-900 million per year) additional spending.

The corridors, which are currently in need of improved connectivity, link important assets and major economic centres. For example, the ‘Connecting the Energy Coasts’ corridor will explore ways to improve connectivity between some of the UK’s important non-carbon energy and research assets in Cumbria, Lancashire, North Yorkshire, the North East and Tees Valley.

John Cridland, TfN chairman, said: “For decades, the North has underperformed compared to the rest of England. Robust evidence shows that investing in quality infrastructure, as well as in other important areas such as education, skills development and research, could lead to more than 850,000 additional jobs in the North by 2050 and £100 billion additional Gross Value Added.”