Bigger ships visiting The Port of London last year resulted in Thames terminals handling 45.4 million tonnes of cargo – an increase of 2 per cent, or 0.9 million tonnes year-on-year. According to the port, growth was principally in containers and trailers – up 4 per cent to 16.9 million tonnes. 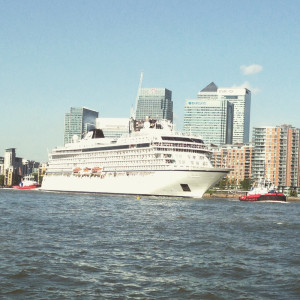 “Since August, the Port of Tilbury has welcomed over 20 calls from Grimaldi’s new-generation, larger capacity con-ro ships, operating on routes between Europe and West Africa.  Longer and wider than their predecessors, they are handled at Tilbury’s new landing stage berth, rather than in the docks.  And the Thames’ busiest service operator, CLdN has much larger, “game changer”, ships being built as well.

“It’s developments like these, combined with the planned £1 billion of investment by Thames terminals and operators over the next five years, that give us confidence in the future.  The Thames Vision project, looking at how the Thames will develop over the next two decades has set a goal of port trade growing to over 60 million tonnes.”