Viewing all articles tagged with Burberry 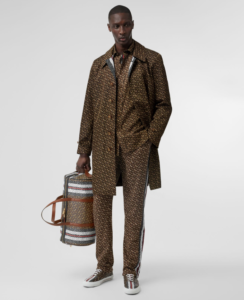 Burberry has set two new climate goals approved by the Science Based Target initiative to reduce emissions from both its direct operations and extended supply chain.

More than 40 leading fashion companies have signed up to the Fashion Industry Charter for Climate Action, a UN-backed initiative to address the climate impact of the industry’s supply chain.

Online is driving the retail market, and increasing online retail sales means making the process quicker and cheaper and easier. But achieving those objectives is far from trivial. Malory Davies investigates…

Fast fashion – with limited shelf-life lines arriving in store every few days – has become the norm for many retailers targeting millennials. Now, even the luxury brands are following suit making the latest catwalk fashions available to buy immediately.

I can remember an audience of supply chain professionals left agog a few years ago, as they listened to Spanish academic José Luis Nueno explain how Zara can see an outfit on the catwalk in Paris – and have a version of it on the shelves of its stores 24 hours later.

Time to look down

Warehouse operators are under constant pressure to meet the needs of changing markets that might demand a move to VNA operations or more space for an online picking operation. And getting the flooring right is a critical part of any change.

Addison Lee’s courier service, which promises to pick up and deliver within an hour in London, grew by 17 per cent last year. According to the courier company, business has doubled in the last three years, and is expected to double again over the next two.

The Port of Tyne backed nine of its staff competing in the Great North Run to the tune of £100 each.

Burberry cuts inventory by 36 per cent