Debenhams like-for-like sales in the 17 weeks to 30th December were down 1.3 per cent on last year, the company said in a trading statement. 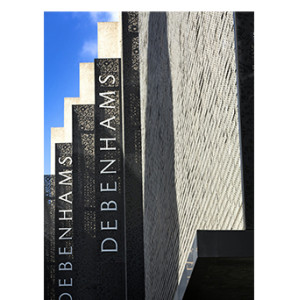 Group like-for-like sales in constant currency declined (1.8 per cent), including UK LFL down (2.6 per cent) and International up 2.1 per cent. Digital sales rose 9.9 per cent.

It said: “The early weeks of the quarter were disappointing as the market remained volatile and competitive. We took tactical promotional action to improve our performance which resulted in a stronger 6 week Christmas period against tough comparatives, with LFL sales up 1.2 per cent in constant currency and digital growth of 15.1 per cent However, the first week of post-Christmas Sale was below expectations despite further markdown investment, particularly in the highly seasonal Gift category.”

“This is reflected in weaker gross margins, but as a result, we expect to exit H1 with stock levels down year on year in line with our plan.”

The retailer has been working on a new, more flexible operating model as part of a plan to simplify and focus its operations. It said this would result in reorganisation and restructuring activity both in its stores and in its support centre.