According to reports on Bloomberg, XPO Logistics is reviving the sale of its European logistics business – a move it initially floated in January but mothballed due to the Covid-19 pandemic.

The report went on to say that the sale could top $4.5 billion and that XPO has reached out to potential private equity and ‘strategic buyers’ – but we should stress that Bloomberg reported that XPO declined to comment.

The potential sale is designed around maximising shareholder value, with Chairman and chief executive officer Bradley Jacobs saying at the time: “The share price has increased more than ten-fold since our investment in 2011. Still, we continue to trade at well below the sum of our parts and at a significant discount to our pure-play peers.”

It remains baffling as to why XPO is so undervalued. According to the forthcoming Logistics Manager Top 50 Logistics Service Providers report, set to be published on 7 December following a week of webinars starting 30 November, XPO is a top ten global player when it comes to third-party logistics, particularly when measured in annual turnover. Its European business had a turnover of $3.6 billion before the pandemic hit, and gross margins in that division were higher than those of its North American activities. 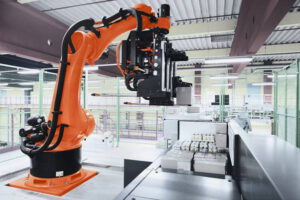 Furthermore, it’s been busy looking at future growth. Its March announced agreement to acquire the former drinks logistics, food services and retail and technology businesses of Kuehne +Nagel will make it a major consolidator in the UK – pending an investigation by the Competition and Markets Authority which closes on 19 November. These operations generated a turnover of approximately CHF 750 million (£615.2 million) in 2019 for K+N and employ some 7,500 employees.

On a like-for-like basis the European division of XPO as a stand-alone business, combined with some of K+N’s UK assets, would make it a top 25 player in the world on Logistics Manager Top 50 Service Provider rankings for 2020.

It all comes down to a definition of success. XPO’s growth has tapered globally in recent years after the rapid expansion in the middle period of the past decade when it acquired Norbert Dentressangle. Gross profits between 2016 and 2019 have grown from $2.1 billion to $2.6 billion, while turnover peaked in 2018 at $17.3 billion before dropping back. Investors were spooked when XPO said in 2019 that its biggest customer (widely reported to be Amazon) was cutting the business it was doing with the 3PL. There’s a reason they are called ‘disruptors’.

But when it comes to the long-term trends in the market there is no reason why XPO (and its 3PL peers) cannot be successful. XPO is incredibly well placed to take advantage of the long-term acceleration in e-commerce and the outsourcing of logistics, distribution and supply chain services post-pandemic, just as long as investors are willing to wait. And that’s with or without its European activities…