Freight forwarder Eurogate Logistics has reintroduced a weekly groupage service between the UK and Baltic States in both directions. The service will link Lithuania, Latvia and Estonia with the company’s sites in Glasgow, Bradford, Hinckley and Thurrock. 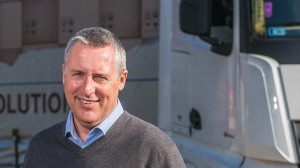 The groupage service will operate in tandem with Eurogate’s current full-load and part-load provision.

Depot-to-depot transit times are between three and four days, and the service can arrange collection throughout Russia and CIS.

“We’ve operated in the Baltic States for more than 25 years but in 2008 we took the decision to stop running our own scheduled services after the region was particularly hard-hit by the recession,” said James Moody, Eurogate’s operations director. “However, with the region’s economy gaining strength and demand rising, we felt it was time to reintroduce them and we’ve been proved right – the reaction in the first month has been overwhelmingly positive.”