The UK suffered its largest ever recorded fall in economic activity as GDP fell by 10.4% in the three months to April 2020.

Record falls were seen across all sectors:

Jonathan Athow, deputy national statistician for economic statistics at the ONS, said: “April’s fall in GDP is the biggest the UK has ever seen, more than three times larger than last month and almost ten times larger than the steepest pre-Covid-19 fall. In April the economy was around 25% smaller than in February. 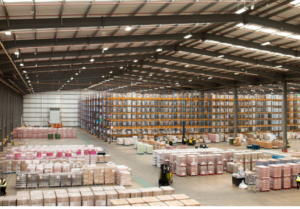 Editor’s Blog: How much supply chain resilience do we have?

UK manufacturing bounces back in May but output still low, says CIPS

“Virtually all areas of the economy were hit, with pubs, education, health and car sales all giving the biggest contributions to this historic fall.

“The UK’s trade with the rest of the world was also badly affected by the pandemic, with large falls in both the import and export of cars, fuels, works of art and clothing.”