DHL has launched a new tool that provides more insights from its existing Resilience360 risk management platform. The tool streamlines and consolidates data from existing modules.

The United Kingdom Warehousing Association has called on the government to ensure that post-Brexit excise legislation does not place an unfair burden on legitimate logistics companies involved in the handling and movement of goods such as alcohol and tobacco.

Some of the biggest UK HGV fleet operators are to meet this month to discuss how to prevent vehicles being used as a weapon in terrorist attacks.

UK slavery referrals up by a third

The number of potential victims of labour exploitation referred as part of the framework set up to identify victims of modern slavery in the UK increased by 33 per cent from 2015 to 2016, according to analysis of National Crime Agency data by Kroll, the risk mitigation specialist.

2017 is likely to see further threats of cargo theft and drug smuggling in the Americas and Europe, protests over wage and other labour issues across Asia, and persistent risks of terrorism, including terrorist targeting of the supply chain.

Transport and storage is the second highest career category at potential high risk of losing jobs to automation by early 2030s.

BSI’s Trafficking and Supply Chain Slavery Index has found that China, which supplies 18 per cent of yearly construction materials to the UK, is the highest risk source of modern day slavery for Britain.

The Freight Transport Association has called on the French authorities to provide more safe lorry parking for trans-European freight transport around Calais, arguing that drivers are being put at risk by recent closures. 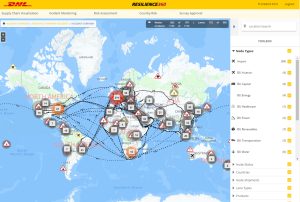