How risk-averse are you?

The rise of economic nationalism has driven global supply chain risk to a 24-year peak, according to the CIPS Risk Index, powered by Dun & Bradstreet. 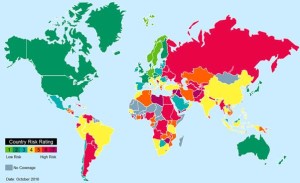 Global supply chain risk hit a three year high in the third quarter of 2016 driven by increases in Europe, the Middle East, Latin America and sub-Saharan Africa, according to the CIPS Risk Index which is produced by Dun & Bradstreet.

Almost 50 per cent (49 per cent) of major global businesses do not have a human rights due diligence process in place, a global study by the British Institute of International & Comparative Law (BIICL) has found.

Should you risk it?

Extending supply chains to take advantage of the rapidly growing economies of the Far East, has also extended the range of supply chain risks that organisations have to manage. And building resilience in to the supply chain is a complex process.

Time to take a risk?

Global supply chain risk has hit a high driven by uncertainty over the UK’s decision to leave the European Union, according to the CIPS Risk Index.

Safety is so easily overlooked in the workplace – but could it be the key to a speedier and more efficient operation? Alex Leonards reports … 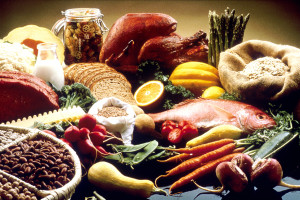 London’s food supply chain is at risk of failure, the UK Warehousing Association has warned. It has published a report entitled “Feeding London 2030” which explores issues impacting the food logistics industry.

Managing supply chain risk is a vital task, but to what extent are organisations targeting fraud in the supply chain?

Time to be more risk averse?

Television and newspapers have been full of stories of terrorist attacks and aircraft hijackings recently – events that are both horrifying and tragic.