Plans for a massive underground warehouse near Heathrow have been submitted to Hounslow Council.

The proposal put forward by investment and asset management company Formal Investments envisages up to 1.88 million sq ft of warehousing and storage space underneath a 110-acre public park.

Both schemes will be developed on the site using top down construction methods as part of a process of underground mineral extraction. The site known as Rectory Farm, which sits alongside The Parkway (A312) and Bath Road (A4) lies above one of the country’s largest remaining deposits of high quality gravel. 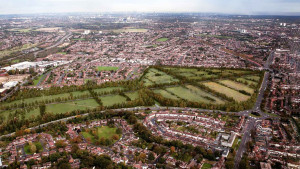 The idea is that as the park opens, work will start to extract the gravel from beneath the surface by a method called ‘top-down construction’. An area will be fenced off, the top soil scraped back, piles sunk into the ground and a concrete slab poured over the top. The soil is then replaced and landscaped, the hoarding removed and

the area returned to public use while the gravel is extracted from beneath the ground.

Under the proposals areas of park will be available to the public within 12 months of starting on site. It is not sure how quickly the warehouse space will be available, although the plans envisage extraction of the gravel to take between 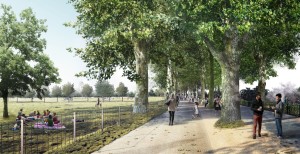 Similar proposals were rejected by the London Borough of Hounslow in 2015 because insufficient information had been provided to address some of the planning issues raised by the proposals. The intervening period has been used to ensure the current submission now addresses these issues in full.